Hello! My name is Andriy Masliukh. I’m a translator from Lviv, Ukraine. I’ve created this website to be able to tell more about the books I translate, to post excerpts from my translations and to publish all kinds of things (mainly concerning translation but not only) in the Dragomania blog (for the most meticulous I’m explaining at once that I have nothing to do neither with Eastern countries nor with European consulates there :-)). So, if you are interested – you are most welcome to visit the website pages and blog. True, it’s all mostly in Ukrainian, but maybe I’ll manage to add more materials in English some day in the future. Glad to meet you here and feel at home!

A bit about me

In spite of the “eternal” health problem (cerebral palsy consequences) I almost never feel sad and know how to enjoy life. As a rule, I stay quietly and peacefully like a Tolkien’s hobbit at my computer, surrounded by heaps of books and absorbed in work, but if it lasts too long I can all of a sudden plunge into adventure and find myself, for example, in a boat floating in the Danube estuary or on the top of the highest belfry in Chernihiv. I’m head over heels in love with Lviv; along the streets of this city I can roam endlessly now and then discovering something new and listening to the strange and mysterious language of old stones… perhaps one day I’ll try to translate something from it too :-) I like to drop with my wife and friends into inimitable Lviv coffee houses and pubs to drink some black coffee talking about life or sometimes just to sit alone in a cosy corner reading an interesting book. In a word, I can’t imagine myself apart from Lviv and though I like to travel awfully it is coming back to Lviv that I enjoy most of all since this is the city where it is so fine to come back to…

And now some biographic and professional data:

Fluent in Russian and rather good in Polish

In 1998 I graduated from Lviv Ivan Franko National University (English philology, honours degree) and started to cooperate as a free lance translator, at first chiefly with the Svichado Publishers, later with the Society of Jesus in Ukraine. Since 2014 my literary translations have been published mostly by the Old Lion Publishers.

In 2003 I graduated from the Center of the Italian Language and Culture of Lviv Ivan Franko National University.

Since January of 2015 I have also been working as a translator at Lviv’s Center for Urban History of East Central Europe.

By now I have translated into Ukrainian over 40 books, not taking into account short stories, essays, and articles (a complete list of my publications can be seen here).

In January-March of 2008, on the invitation of the Pontifical Oriental Institute – Ezio Aletti Study and Research Center I dwelt in Rome creating the Ukrainian version of the Center’s website.

In 2012 and 2013 I was one of the Metaphora Contest winners (translations of essays by Umberto Eco, Aldous Huxley, and Mark Twain).

In 2015 Angela Nanetti’s My grandpa was a cherry-tree in my translation was short-listed for Ukraine’s National Book of the Year Award.

The translation of The God of Small Things by Arundhati Roy was listed by PEN Ukraine among the best translations of fiction published in 2018.

As a volunteer, I contribute to the “Wooden Churches of Ukraine” project. 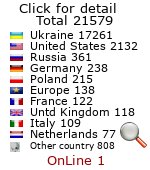